Recently Apple has introduced its new iPhone SE on march 21, 2016 and it has broken the trend of launching the Smartphones during fall. Well, that’s good but people are waiting for something else. The rumors are active about the iPhone7 and its designs. People are eagerly waiting for the upcoming product of Apple that would rock the Smartphone market. People are speculating about the size, shape and features of iPhone7. Many of them are guessing right and some are guessing wrong. So let’s stop guessing and check a few important facts about the futuristic Apple7 and its accessories. 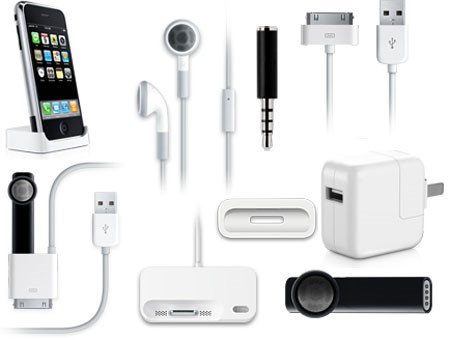 Apple has broken record of launching all of its gadgets and devices in the fall, but things are not changed for Apple7. The sudden release of iPhone SE have forced people to think better about the release of iPhone7, but it was not launched in March. Therefore, you can say that Apple is not going to break the rule of launching all big products during the fall. You will get the release dates soon, when the company is satisfied with the chosen design. The release date is yet not announced by Apple, but it will be in fall.

Apple doesn’t believe in changing the designs of its smartphones and tabs. It just adds new features and tools to enhance the workability of devices. However, now the experts are wondering that this time some big changes can occur in size, shape and chassis. It will be quite interesting to see that how the new iPhone7 looks and how it attracts users. Many MacRumors have said that there will be no major changes into the design. They expect that iPhone7 will look quite similar to iPhone6 and 6S. The expected size for this upcoming iPhone model can range from 4.7 inch to 5.5 inch.

People spend a large amount for buying iPhone because they expect to get a cutting-edge device that can prevent loss of data, invading in contacts and provide higher security features. iPhone is probably the most trusted brand that has got fame for its unbreakable security features. However, many hackers have got the ways of hacking different models of iPhone and that’s why Apple’s engineers are trying to build a new security system for their upcoming product. It is expected to withstand any kind of hacking attack.

Display and other features:

Apple is planning to prevent its devices from all kinds of scratches and scuffs. It can give you sapphire display that would be highly scratch resistant. The Gorilla Glass is used for the display that improves user’s Smartphone experience. The accessories you will get with Apple7 are similar to previous launches of Apple. It can include 3.5mm headphone jack with lightning USB cable. Some new apps or features are expected to get in new iPhone7. Soon this device will be available in the market and then all the right speculations will be true. So, get ready for a new revolutionary launch of Apple, that may occur in this fall. You can also check out on Latestone.com for accessories to get the best out of these.

Taking a glance back at one more week of news from Cupertino, the current week’s Apple Loop incorporates a glance at the Show stopping bugs in IOS 9, the renouncing of Apple’s mark on IOS 8, ten things to do with your new iPhone 6S or 6S Plus, the mystery waterproofing of the iPhone 6S, record-breaking benchmarks for Apple’s new cell phones, Cupertino’s control of premium cell phone advertises, the arrival of OSX El Captain, a no holds barred of Apple Maps and Google Maps, and an update for Apple’s Regent Street leader store in London.

Apple Loop is here to help you to recall several the a great deal of examinations that have happened around Apple over the span of the latest seven days (and you can read our week by week audit of Android news here on Forbes).

Apple’s issues with the take off of iOS 9 proceed as more bugs and issues harvest up to cut the demeanor of unwavering quality that has developed around the portable programming in the course of recent years. Gordon Kelly gives an account of two more issues. This first is going to put a genuine crush on 16 GB handsets, and that is the issues over ‘application cutting’, a strategy for lessening the span of introduced applications. With such a large number of issues springing up, Apple has essentially turned it off and will return to it in a later overhaul.

So losing App Slicing during an era when the expansion of 4K video, 12MP cameras and Live Photos has adequately made the base level 16GB iPhone 6S and iPhone 6S Plus marginal pointless, is a long way from perfect.

However, there’s uplifting news: Apple states App Slicing will return and “be reenabled with a future programming upgrade.” No date has been put on when this will be or which future iOS 9 rendition will highlight it (the new iOS 9.0.1 discharge left App Slicing on the cutting room floor), yet no further client contribution will be required other than introducing the overhaul when it goes along.

Furthermore, the fun doesn’t stop there. Clients who have moved up to iOS 9 from iOS 8 host found that third-get-together applications which had cell access exchanged off in the settings before the redesign now have no entrance to cell information at all with these applications, regardless of the fact that the setting is changed back to permit access.

Moreover, the fun doesn’t stop there. Customers who have climbed to iOS 9 from iOS 8 host found that third-social affair applications which had cell access traded off in the settings before the update now have no passage to cell data at all with these applications, paying little heed to the way that the setting is changed back to allow access.

What is the Future of Mobile Application Development Industry in 2018?

5 Tips You Must Read for Better Smartphone Photography

What Does the Future Hold for Mobile Advertising and App Marketing?